Playing Fortnite for fun, fame and profit. A lot of it.

It sounds too good to be true, but this kid is really making over $200,000 a year by playing video games.

14 year old Griffin Spikoski is better known by his gamer alias ‘Sceptic’. He has stopped going to school so he can play Fornite for over 8 hours a day from his parent’s home in Long Island, following some online classes on the side. Like many other kids his age, he streams himself playing the popular game Fortnite on Twitch and Youtube. Unlike most other kids, he has over 1.2 million subscribers and 78 million video views that have given him a kind of celebrity status in the Fortnite community. Griffin is not unique in his situation - there are thousands of kids achieving a similar level of success by playing popular games online while streaming themselves.

So he’s not the only teenager making big bucks with video games. Many other kids are making money streaming themselves playing video games, and it’s a huge niche. Some of the most popular game streamers have hundreds of billions of video views. That’s billions with a B.. With a serious amount of views comes a serious amount of advertising revenue, sponsorship deals and even donations.

Creating and Selling your own games

Other teenagers like 18-year old Andrew Bereza are even making more money with games, in a different way. Andrew was 15 when he created a game on the platform Roblox that has been steadily making him well into the six figures per year. Roblox is a game environment which has been around since 2005, well before competitor Minecraft. Much like Minecraft, Roblox provides an environment with the building blocks for players to create their own games.

With platforms like the App store, Roblox and Steam, small game developers can become an overnight success without any advertising. Creating games is now easier than ever, with some tools that don’t require any serious programming skills. This leaves creativity as the limiting factor, anyone of any age who can come up with a new video game can learn how to build it and publish it, potentially making millions.

Perhaps the most lucrative way of making money with video games is eSports. eSports is gaming as a professional sport, with contestants training and competing full time. The sports is estimated to be worth around $1.4 billion in 2020, with around 600 million viewers. Some of the most noteworthy eSports games are Dota2, League of Legends, Overwatch and more recently - Fortnite Battle Royale. There are teenagers already making millions in prizes in these competitions and eSports is only seeming to keep growing over the next view years. Nowadays some universities even offer eSports scholarships which can take kids further in life than just playing games on a professional level for a few years.

Gaming has become a huge market and there are many jobs and other ways to make money with games. It’s becoming less complicated to get into streaming, indie game development or eSports, but the competition is also increasing. Researching your options and learning what you are good at and enjoy doing the most is important before making a sudden decision on a career path.

Automotive enthusiast and tech nerd. Loves to spend his free time traveling abroad besides working on his startup.

What is Medical Billing & Coding? 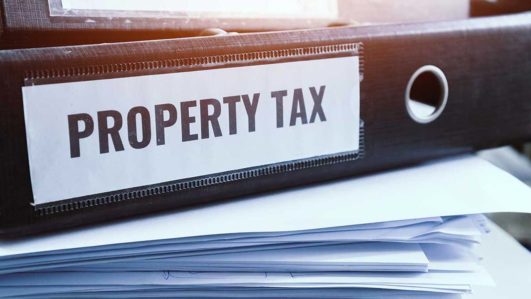 Seniors Eligible for Cellular Discount Plans People usually feel some kind of brand loyalty towards the companies they have been a customer of for the past decades. Sadly, the days of rewarded …
Read More
Find The Best Mattress For Better Sleep In the past, people tended to use their mattresses far longer than they should because it was expensive to replace them.
Read More
Enjoy a clean, carefree house with affordable cleaning services Senior housekeeping services play a valuable role in keeping seniors at home for as long as possible. It allows the senior to continue to live …
Read More
The best Old-School Board Games for Your iPad! Not every game will qualify as a board game since a PC will permit exclusively recreating those existing games, yet additionally to make new ones …
Read More